Zinc Does Not Kill Viruses, But It Helps To Prevent Viral Infections

Zinc has historically been a popular supplement for supporting immune health. In my view, zinc has been used with a broadly incorrect mindset, such that it is viewed very much like a drug to be taken when one starts to get a cold. In fact, studies do indicate that zinc supplementation should begin within 24 hours of the onset of a cold to reduce its duration (1). For many, this is the singular view that people have when it comes to zinc supplementation.

With the above in mind, the DeFlame view is to create an anti-inflammatory state within the body so that one does not get a cold or the flu, or will only develop minor symptoms if one does. This same anti-inflammatory state is needed to prevent chronic disease expression, such as prostate cancer. Interestingly, you may have read or heard that oysters are “good” for the prostate and this because they contain high amounts zinc, which is beneficial to the prostate gland (2).

Men usually find out about the importance of zinc for prostate health when they have prostatic hypertrophy. In this scenario, men start to supplement with zinc after the problem has already developed, which is no different than supplementing with zinc after a cold already starts. My point is that adequate zinc and other nutrients should be consumed in food and supplements to prevent or reduce the manifestations of pro-inflammatory conditions, so that we don’t have to play catch up after problems develop.

Concerning viral infections, a study published in 2007 demonstrated that subjects, aged 55 to 87 years, who took 45 mg of zinc per day for 1 year had significantly less infections compared to subjects who received a placebo. Indeed, only one infection developed in just 29% of the zinc-supplemented group, while 88% of subjects taking the placebo developed one to four infections during the year (3). This study demonstrated the benefits of insuring adequate zinc status for health purposes, in this case preventing viral infections, rather than using zinc in a reactionary fashion when a cold or prostate problem emerges. This study also assessed levels of free radicals and a pro-inflammatory cytokine (tumor necrosis factor), which participate in promoting infection symptoms. After one year of zinc supplementation, both were significantly lower compared to those taking the placebo, which means that the supplemented group was able to better handle viral challenges during the year because they were less inflamed.

Free radicals are discussed in a general fashion in the original DeFlame Diet book called The DeFlame Diet: DeFlame you Diet, Body, and Mind, and in more detail in the following specifically focused DeFlame books:

Zinc is the key mineral for an antioxidant enzyme called superoxide dismutase, which reduces the superoxide free radical (4,5). This is very important because superoxide is a key promoter of free radical generation within cell membranes to promote inflammation.

Free radicals also activate a signaling molecule called nuclear factor-kappa B (NF-kB), which then migrates to the nucleus of the cell to initiate the production of multiple inflammatory chemicals. Here again, zinc is part of the solution because it reduces the activity of NF-kB (5). I outlined the superoxide and NF-kB relationship in The DeFlame Diet for Immune Health. 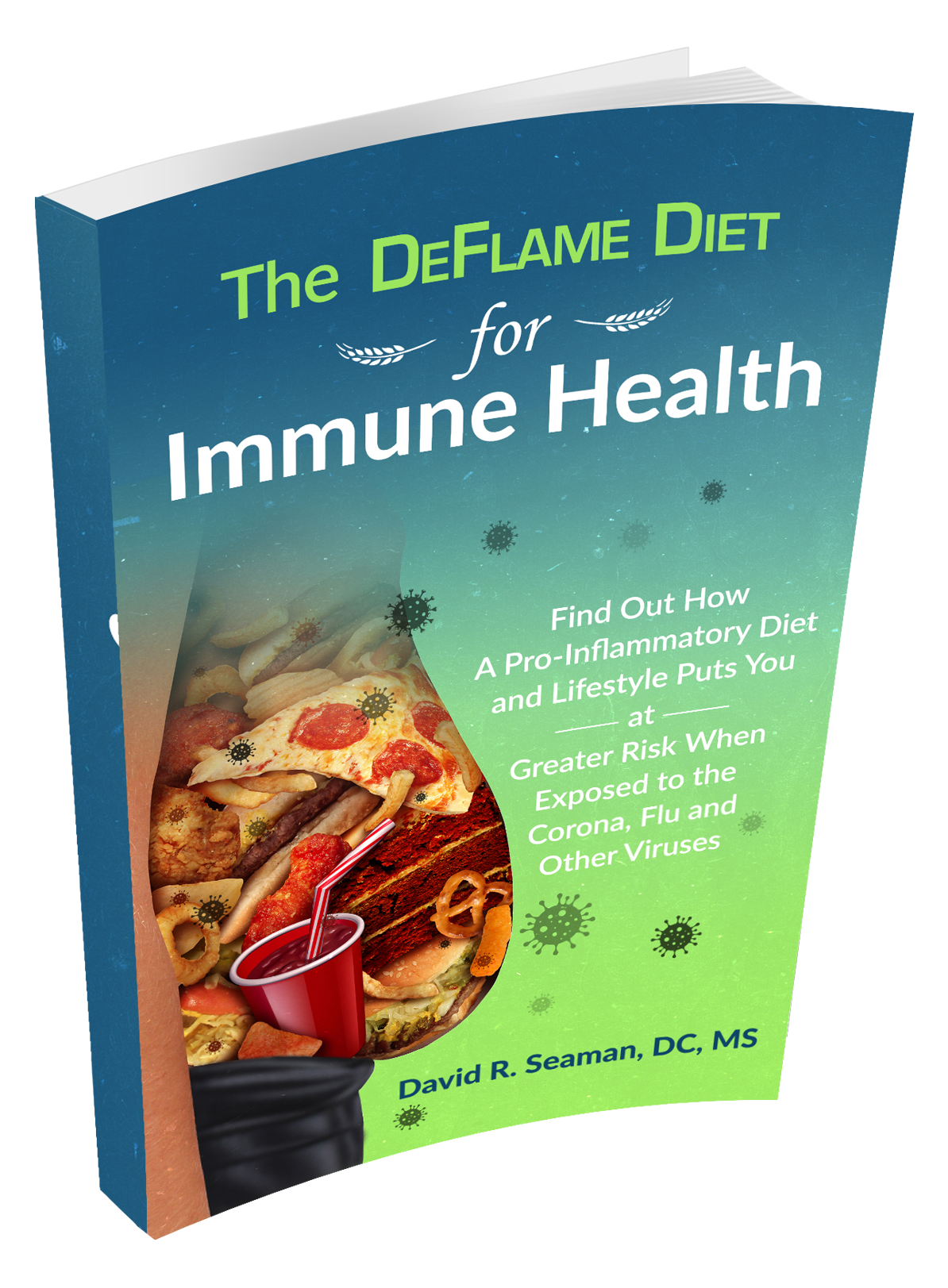